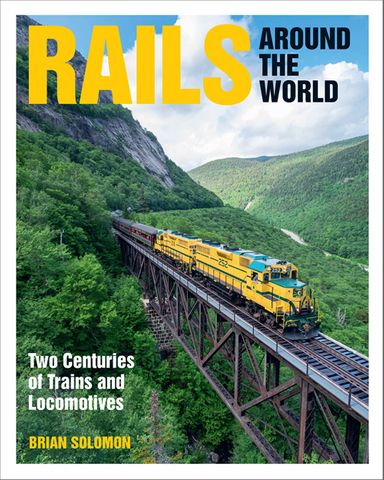 Rails Around the World

In this visually glorious chronological history, railroad historian and photographer Brian Solomon curates a selection of the world's most significant trains and locomotives over the last two centuries. Hop aboard to see trains and locomotives at work in scenic locations throughout North America, Europe and Asia.

The author provides a thorough look at the development of the most famous, most influential and most technologically advanced trendsetters over 200 years, with photography depicting heavy hardware at work in more than 30 nations. In addition to learning about the technology, rail fans learn about significant designers, builders and operators. When it comes to illustrated histories of railroading spanning time and nations, fans of heavy iron will be hard-pressed to find a more compelling collection. Topics covered include: