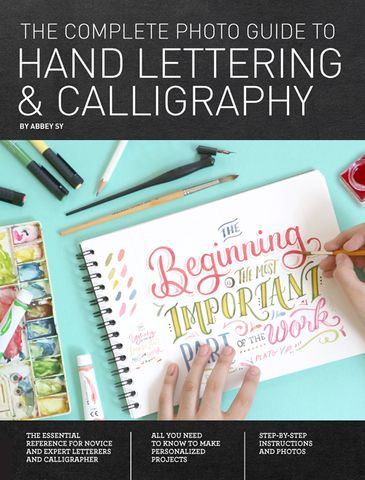 The Complete Photo Guide to Hand Lettering and Calligraphy covers the basics and beyond for creative lettering techniques.

The book begins with an overview of tools and materials, both traditional (pointed pen and fountain pen) and modern (including brush markers and chalk), then presents a visual glossary of letter forms, highlights the unique characteristics of the featured alphabets and demonstrates how to draw letter forms to foster an understanding of how they're created.

The core chapters explore traditional, modern and special effects lettering using a variety of mark-making tools, with in-depth how-to on adding flourishes and other special details, plus creative projects. There's also an introduction to modifying and creating letter forms digitally, as well as practice sheets for the featured alphabets.

Status
In stock for immediate dispatch
Stock Code
180267
Our Price
$26.99
Add to Favourites