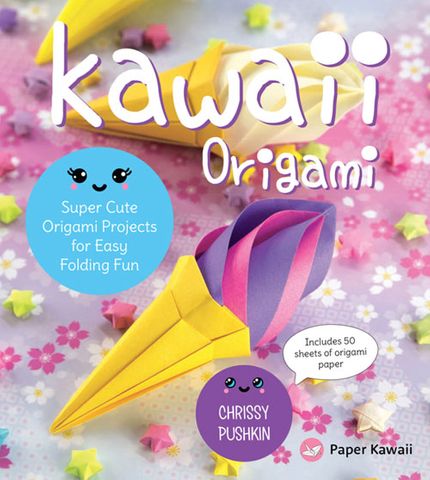 Kawaii and origami are two art forms beloved by millions around the globe . With Kawaii Origami, you get 50 sheets of origami paper and 25 kawaii-style origami projects with step-by-step instructions – all in one pack.

This pack is ideal for the beginner origami artist looking to make super cute origami pieces, from an origami ice cream cone to origami cats. In addition to popular characters, you will be able to produce origami houses, sweets, sushi and more.

About the Author Chrissy Pushkin is a popular YouTube artist that launched the website Paper Kawaii in 2010. Her videos have received more than 50 million views since she launched. Her origami trash bin received 3 million views alone. Based in Australia, the social media star has a very healthy following.