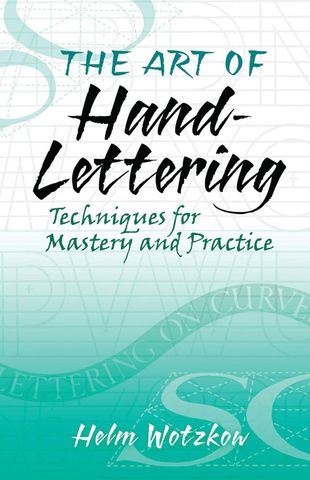 Helm Wotzkow, a commercial artist specializing in advertising, leads readers step-by-step from beginning to advanced skills. He begins with advice on the tools necessary to hand-lettering then proceeds to a detailed discussion and analysis of roman majuscule and minuscule characters, the lettering upon which most styles are based. Both pen and brush lettering are covered.

Subsequent chapters explore italic, gothic, script and block styles of lettering as well as negative lettering, perspective lettering and lettering on curves. Each chapter is illustrated with scores of examples of fine lettering executed by Wotzkow and his students. Rather than presenting a series of hard-and-fast rules, the author helps readers analyze existing forms, discover new techniques and develop their own critical faculties.

Status
In stock for immediate dispatch
Stock Code
180630
Our Price
$23.99
Add to Favourites